Today, OPPO released new A-series smartphones in China. The Oppo A96 5G is considered to be the follow-up model of the well-known Oppo A95 5G. It boasts an OLED display, as well as a 5G, enabled Qualcomm Snapdragon processor. Other selling points of the device include a 4,500mAh battery and a dual-rear camera module. This handset has many things in common with the OPPO Reno7 series. Well, when saying this, we mean the flat frame. However, the rear camera layout is more similar to that of the recent Realme phones. What we liked more is the LED rings around the camera sensor. If you remember, the OPPO Reno7 Pro also has a similar LED light for notifications. The OPPO A96 5G sports a 6.43-inch Full HD+ OLED screen. The rest of the display parameters include a 2400 × 1080 resolution, a 10,00,000:1 contrast ratio, a standard 60Hz refresh rate, and a 180Hz sampling rate. As we are dealing with an OLED panel (and not an LCD), it’s logical to see an optical in-display fingerprint scanner. The phone adopts a punch-hole screen design. The camera notch is placed on the top left corner of the display. Under the hood, we can find an octa-core Qualcomm Snapdragon 695 processor. It is built using a 6nm manufacturing process. It also integrates an Adreno 619 graphics card. The hardware features also include a maximum of 13GB of memory. Actually, the handset comes with 8GB RAM. But due to the memory fusion (aka virtual memory) technology, it can expand to 13GB taking 5GB from the storage when necessary. The smartphone comes preloaded with ColorOS 12.

In terms of photography, the OPPO A96 5G comes with a dual-camera system on the back. It also has an LED flash. The main sensor of the module has a 48MP resolution. But it is paired with a 2MP portrait sensor. On the front, we can find a 16MP selfie shooter. Other than that, our protagonist features a 4,500mAh battery which supports 33W fast-charging. There is also a USB Type-C charging port and a 3.5mm audio jack.

Overall, the OPPO A96 5G weighs 171 grams and is about 7.49mm thick. It is available in various color options such as Peach, Black, and Colored Glaze. 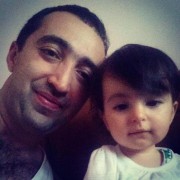