The OnePlus 9 and OnePlus 9 Pro launch event is set for March 23rd. More details, including pricing and specifications for the OnePlus 9R 5G, will be revealed at the event.

It’s long been speculated that OnePlus would eventually delve into gaming phones, a product segment that is growing in popularity in the India region. As of today, the company has officially confirmed the upcoming launch of the OnePlus 9R 5G, the company’s first smartphone device targeted specifically to gamers.

While more details are expected on the company’s launch event on March 23, OnePlus has already begun teasing the handset on Twitter. See below:

Mobile gaming is about to level up. Get your game on this Tuesday, March 23. #OnePlus9R5G

The teaser only reveals a vague outline of the OnePlus 9R 5G, so the actual look and specifications are not yet clear. However, two gaming triggers are visible in the image, all but confirming the addition of physical gaming buttons for this specific device. To this point, OnePlus has officially described the gaming phone to feature “smooth scrolling, immersive gaming controls, and display tweaks.” It’s unclear whether the gaming triggers are included or sold separately as an additional accessory.

What we know so far

While specifications, features, and design details have not been officially released, the phone is rumored to be priced “affordably,” and the name clearly confirms next-gen 5G connectivity. Previous leaks from various sources hint at the following specs:

As for now, these specs should be taken with a grain of salt, as nothing is official. We will update with more information as it becomes available.

OnePlus 8T to launch on October 14. 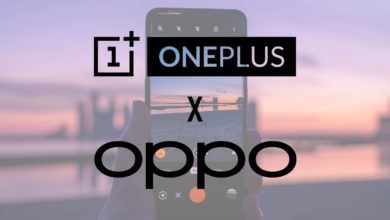