The ThinkCentre neo 70t is designed to meet the needs of content creators, developers, and anyone working on complex tasks. It contains up to 128GB of DDR5 memory, NVIDIA graphics up to RTX ™ 3060 Ti with NVIDIA Studio certification, and 2TB HDD / 1TB SSD storage for multiple tasks without interruption. Collaboration is much easier with a Smart Cable that instantly connects two computer devices to run simultaneously on a single screen. With Smart Storage, you can automatically securely back up and access data from multiple devices. The company also updated the monitor series with a wide range of adaptable hybrid solutions. The 2022 lineup is represented by the ThinkVision P-series, T-series, and Legion Y, Lenovo G-series. The ThinkVision line of displays has been expanded with several 27-inch P-series professional monitors suitable for home or office use. All of them have QHD displays with thin bezels and additional features to increase user productivity.

In addition, Lenovo has expanded the ThinkVision family of large-format displays for conference rooms and classrooms with the ThinkVision T86, T75, and T65 with 4K screens, an easy-to-use interface, built-in speakers, microphones, and modular AI webcams. 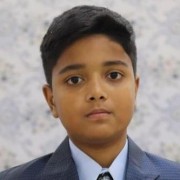 OnePlus 10 Pro: Here are the Prices For All Versions